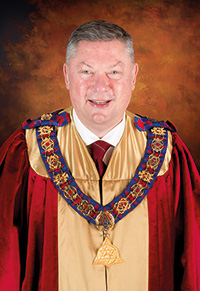 Born and educated in Swansea.

Degree in Politics from University of Wales and Open University.