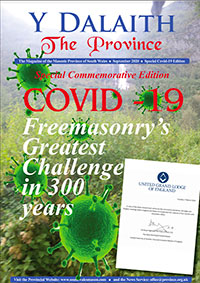 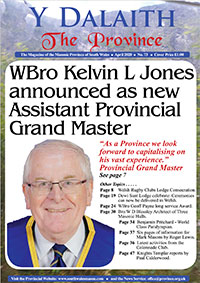 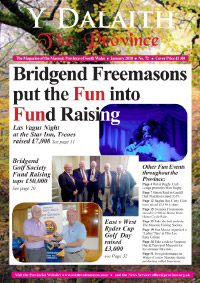 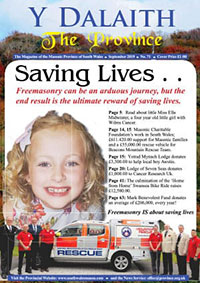 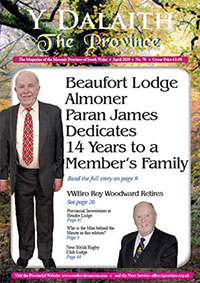 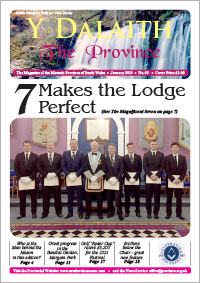 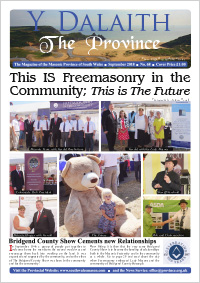 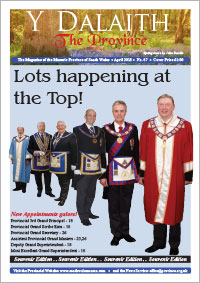 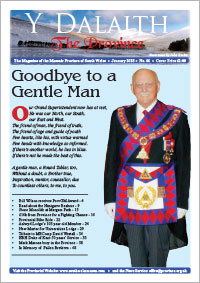 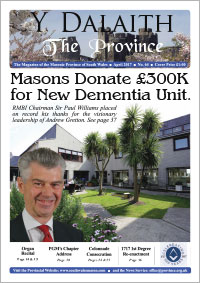 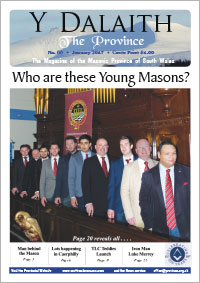 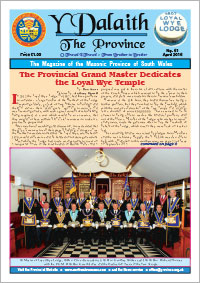 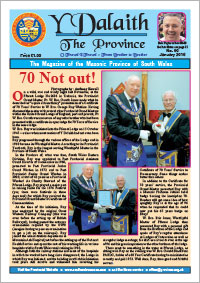 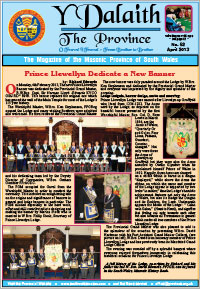 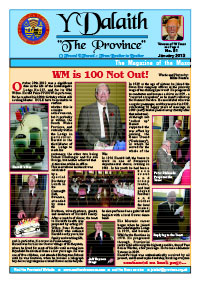 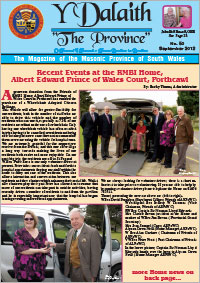 If you are experiencing problems viewing Y Dalaith, solutions to common issues viewing PDFs from a website can be found here.

‘Y Dalaith’ is the official magazine of the Masonic Province of South Wales, and is published in January, April and September each year. It was first published in Spring 1993 under the title ‘The Guildford Gazette’. Initially there were two editions published each year, Spring and Autumn, consisting of just 12 pages, mainly in black and white, with a limited amount of colour. By January 2003 the magazine had expanded to 20 pages and thereafter, 24 or 28 pages became the norm. It was then decided that there was sufficient interest to justify the publication of three editions each year. Since then, the magazine has continued to expand with more recent issues frequently running to over 56 pages!

Edition No.33 was published in January 2007, when the magazine was renamed ‘Y Dalaith’. It was thought that the title ‘The Guildford Gazette’ implied too strong a Cardiff connection, and the then Provincial Grand Master, RWBro Hywel Davies decided that a new identity was required to suitably reflect the interest of the entire Province. A competition for a new title was launched, which was won by WBro Martin Richardson, PM of Harlequins Lodge No.5793, who proposed the name ‘Y Dalaith’ (Welsh for ‘The Province’). The original magazine was intended to be concerned mainly with the ‘Craft’ but it has now developed to include all aspects of Freemasonry, thereby reflecting its translated title ‘The Province’. Holy Royal Arch, Mark Masonry and Knights Templar feature prominently within its pages, however contributions are welcomed from all Degrees practised in our South Wales Province. Younger Freemasons are also not forgotten – The Colonnade Club now has its own dedicated section.

The magazine is designed to give information, instruction and entertainment to all its readers and provides a written and photographic record of significant events, thereby providing an important historical archive. Furthermore, the magazine is distributed to many libraries across South Wales and is therefore an important vehicle for informing the general public about Freemasonry in general and its significant involvement in the community in particular.

The editorial team are reliant on the Brethren at large to provide articles and information of the various Masonic events taking place in the Province. We have correspondents throughout the Province who will assist would-be authors. Their names and contact details are to be found on the second page of every issue of ‘Y Dalaith’, together with a list of photographers who are also prepared to assist. Please also refer to the paragraph ’Submitting your Copy’ on this page. There you will find the deadlines for submitting copy for the next edition, which I urge you to observe.

Remember, this is YOUR MAGAZINE, and its future success is entirely dependent on your involvement. Our Editor, WBro Roger David, is always ready to help with any enquiries and will be delighted to hear from you. He may be contacted as follows:
Telephone: 07770 958733; Email: roger@nullrogeradavid.co.uk

Suggestions for articles, additional content, improvements or constructive criticism are always welcome. Please feel free to express your views, either to Roger or to me, the Chairman. You may email me at: drpmdavies@nullicloud.com