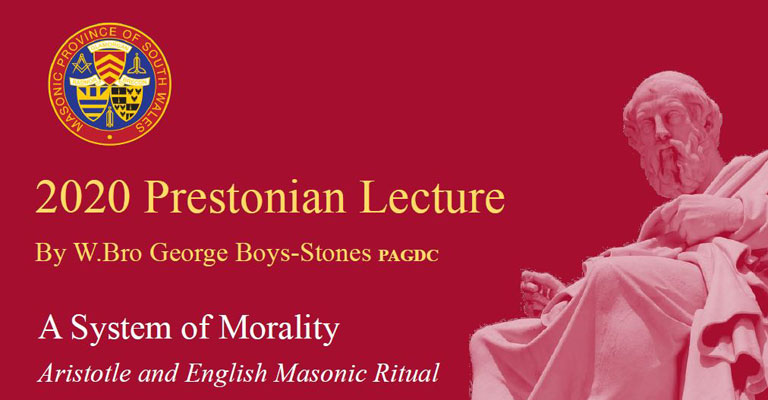 The 2020 UGLE Prestonian lecturer is W. Bro. Prof. George Boys-Stones PAGDC, whose lecture entitled A system of morality – Aristotle and the making of the ritual was first presented at the South Wales Provincial Grand Stewards Lodge No. 8900 on 30 May 2020.

The Prestonian Lecture is the only lecture given under the authority of the United Grand Lodge of England. The lectureship is a memorial to William Preston (1742–1818), who was regarded as the foremost Masonic educator of his age and who left a legacy to Grand Lodge to perpetuate his system of ritual lectures.

To quote the United Grand Lodge of England Masonic Yearbook: “During his lifetime William Preston developed an elaborate system of masonic instruction which was practised in association with the Lodge of Antiquity of which he was at one time Master. At his death in 1818, Preston bequeathed to Grand Lodge the sum of £300 for the perpetuation of his system of instruction… Lectures in accordance with this system were delivered from 1820 until 1862, when the Lectureship was permitted to lapse. In 1924 the Prestonian lectureship was revived with a modification to the original scheme, the lecturer now submitting a Masonic subject of his own selection, and with the exception of the war years, 1940-1946, regular appointments have been made annually since 1924 to the present day.”[1]

The appointed lecturer gives several official deliveries of his lecture during his tenure, as determined by Grand Lodge, and is the main business of the Lodge at the meeting. The first scheduled presentation of the 2020 Prestonian lecture was due on 30 May at the South Wales Provincial Grand Stewards Lodge No. 8900 in the Masonic Province of South Wales. However, because of the global COVID-19 pandemic and the declaration by the Grand Master of a suspension of the meeting Masonic Lodges and Chapters for a period of four months from 17 March 2020, it seemed as if this, and all other deliveries of the 2020 Prestonian lecture, would need to be postponed. 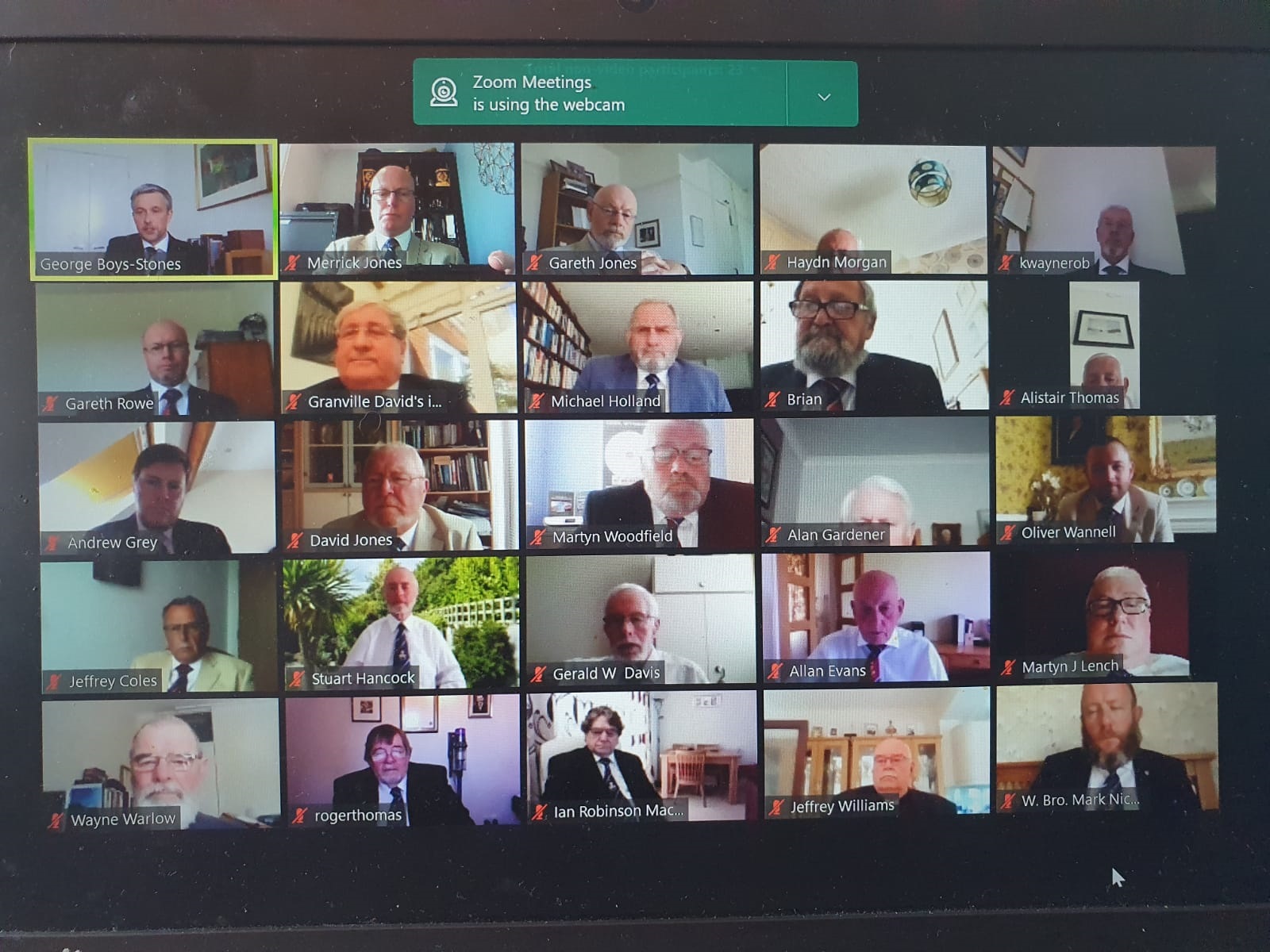 Since the start of the British lockdown period video conferencing has become increasingly more important for people to keep in touch, whether it be in a business context of socially; Zoom and Microsoft Teams being the main platforms of choice. It seemed, therefore, a natural progression for the inaugural delivery of the 2020 Prestonian lecture to be delivered to Brethren via video conferencing.

And so it was that the inaugural official presentation of the 2020 Prestonian lecture by W. Bro. Prof. George Boys-Stones was given to an eager audience of over 100 registered attendees. It was delivered live to the global audience using the popular Zoom platform on the 30 May 2020 and hosted by the South Wales Provincial Grand Stewards Lodge No. 8900.

This marked a significant milestone for the Prestonian lecture, it being the very first time in its history that the lecture had been delivered virtually to a global live audience. 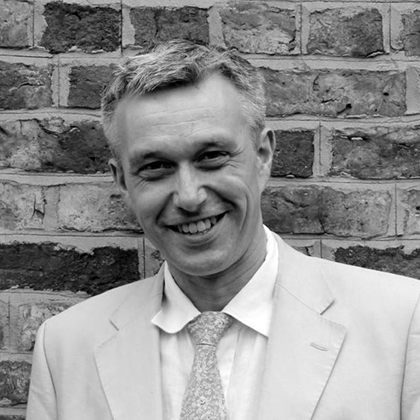 Bro. Prof. George Boys-Stones PAGDC was recently appointed Professor of Classics and Philosophy at the University of Toronto. He is a leading scholar of ancient philosophy having gained a MA (Cambridge) and a doctorate (DPhil) from Oxford University. His research interests lie in the philosophical movements of the post-Hellenistic period. Before moving to Toronto, he was Professor of Ancient Philosophy in the Department of Classics and Ancient History at Durham University and is a prolific author and editor with numerous titles to his name.

He has an equally impressive masonic career, being initiated into the Apollo University Lodge No. 357 (Oxford), in 1992, while a graduate student at Oxford, and was Worshipful Master of the Lodge in 1997. He is a Past Master of Universities Lodge (Durham), and a founding member of the David Kenneth Williamson Lodge 9938 (London). Prof. Boys-Stones has Grand Rank in Craft (PAGDC) and Royal Arch (PGStB), and is also a member of the Ancient and Accepted Rite, Knights Templar, Mark Master Masons, and Royal Ark Mariners. He has also sat on the committees for the Universities Scheme and General Purposes.

Prof. Boys-Stones’ lecture postulated that English Freemasonry defines itself as a ‘system of morality’ – but what does that phrase mean? This new study traced it back to the work of William Preston (1742–1818), who argued that Freemasonry teaches a philosophical approach to virtue. According to Preston, the rituals of Freemasonry are designed to lead the initiate through the ethical thought of Aristotle. His view proved popular and was decisive in shaping the ritual approved for use by the United Grand Lodge of England shortly after its formation in 1813. Almost all English lodges, and many others throughout the world, still use a ritual derived from this one, and, perhaps without realising it, continue to pay silent testimony to Preston and to Aristotle in their work.

There are to be only three official deliveries of the 2020 Prestonian lecture, the other two being to lodges in London and West Kent. It was an honour and privilege to the Province of South Wales that the first delivery to be hosted by one of its Lodges.

The Provincial Grand Orator of the Province of South Wales, W. Bro. Merrick Jones PAGPurs, only had ten days in which to organise the online event, during which time all those who had originally registered to attend the ‘live’ meeting were contacted, and the event was publicised on the social media channels for the Province. This resulted in 140 Brethren across the glove registering to attend the virtual lecture, and an unprecedented turnout of 112 Brethren attending live. W. Bro. Prof. Boys-Stones delivered his extremely well-researched and considered lecture in an exemplary fashion from the comfort of his own home in Toronto, Canada.

Those who attended were privileged to see and hear W. Bro. Prof. Boys-Stone take them on a fascinating and scholarly journey through the early Masonic constitutions and manuscripts, leading up to Preston’s iteration of 1813. It culminated in Preston’s characterisation of the three degrees – following Aristotle’s influence – as a journey of discovery of himself as a man, his inner moral code and his wider reflection on his outer guiding light.

A question and answer session followed the lecture, led by the host, W. Bro. Merrick Jones, and the attention and engagement of the Brethren present was evident from the number and nature of the questions raised; questions ranging from the influence of pre-Aristotelian philosophy and stoic school, the extension of the arguments to the Royal Arch, through to the very future of Freemasonry and the search for the next William Preston.

The Provincial Grand Master for the Province of South Wales, R. W. Bro. Gareth Jones OBE, who also attended the online presentation, said: “The Brethren of south Wales and I are extremely honoured that the first delivery of the highly prestigious Prestonian lecture of 2020 was hosted by the South Wales Provincial Grand Stewards Lodge No. 8900. I am very grateful to W. Bro. Prof. George Boys-Stones for his time in delivering such a thought-provoking lecture in the way he did, and from across the time zones from his home in Toronto. I would also like to extend my grateful thanks to my Provincial Grand Orator, W. Bro. Merrick Jones and his learning and development team, who took on the task of organising and hosting the whole event.”