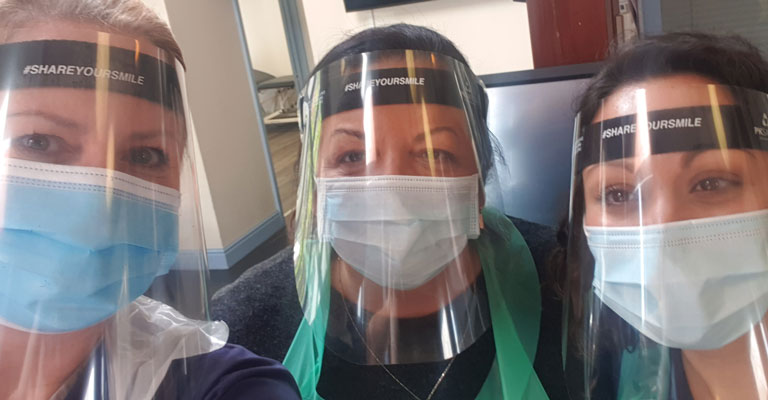 Faced with the greatest global pandemic in living memory, Freemasons came together in 2020 and donated a total of £1m as well as their time to help those in need.

The donations were used to help communities in various critical areas, including foodbanks, support for unpaid carers, personal protective equipment (PPE), supplies for hospitals and hospices, support for women’s refuges, and funds for NHS workers, ambulances and equipment.

Freemasons also worked 18 million hours as volunteers in a range of different areas, where there was a need, including driving vulnerable people to hospital, preparing meals, taking care of people at risk, organising care packages, producing scrubs, PPE and hand sanitiser.

At the start of the crisis in April 2020, some Freemasons adapted their businesses’ production lines to produce nearly 5,000 visors for use in healthcare settings. Since then, Freemasons have produced or procured tens of thousands of pieces of additional PPE.

Meanwhile, to help protect women and children from domestic abuse, Freemasons donated more than £165,000 in 2020. The donation helped more than 2,000 women during the lockdown, who received more than 1,000 parcels containing essential items for women fleeing domestic abuse. 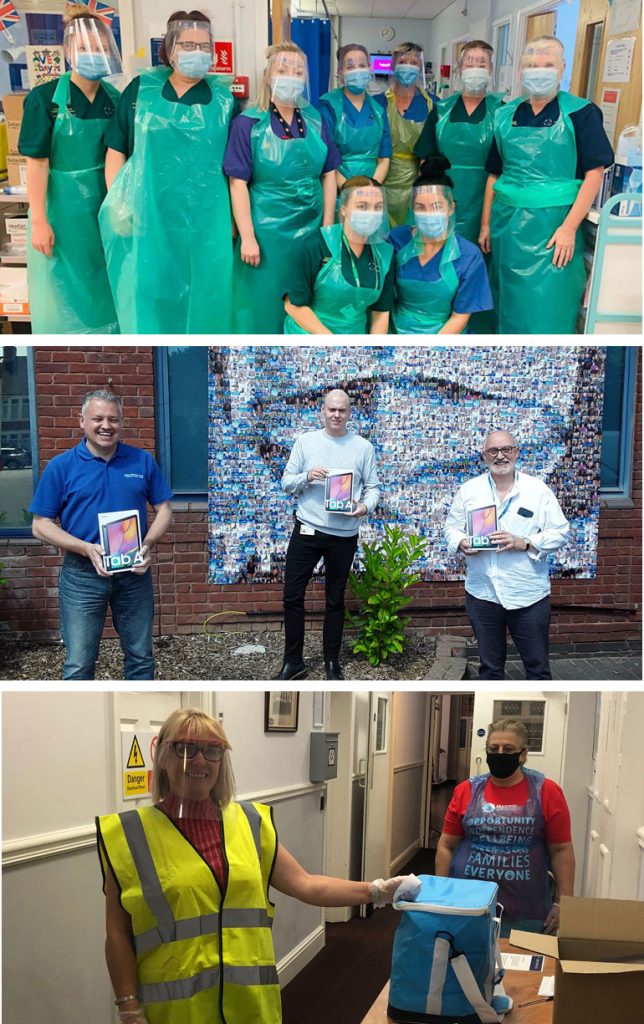 Freemasons also focused their efforts on hospitals and care homes, donating nearly 1,000 tablets to provide vital contact between coronavirus patients and their loved ones. The tablets were provided to more than 50 hospitals, care homes and hospices. In London, hospitals including The Royal London, Queen Mary’s and St Thomas’ received approximately 115 tablets; while in Kent, Surrey and Sussex, some 200 tablets were donated.

Elsewhere, to support thousands of families struggling during the crisis, Freemasons donated 300,000 meals and 38 tonnes of food to homeless people, women’s refuges and vulnerable people, supporting more than 120,000 people in total. Moreover, £560,000 was donated to provide meals and help numerous foodbanks.

Dr David Staples, chief executive of the United Grand Lodge of England (UGLE), said: “No one in this day and age should have to worry where their next meal is coming from. We are so glad that we were able to provide thousands of families across the UK with a hot meal or food donations to help get them through this current crisis. Freemasons have achieved all of this in just a few months and have also given their time to produce and deliver food to the vulnerable.”

The UGLE is also encouraging its members to roll up their sleeves and volunteer to help vaccinate the population. “More than 18.5 million hours of volunteer work were undertaken by Freemasons. Now it is crucial that we help in every way we can to protect the population. If the NHS needs volunteers, then we are happy to emphasise the importance of this to our members,” said Dr Staples.

He continued: “Our response to the Pandemic shows what Freemasonry is all about; supporting those in need, giving back to our communities and volunteering where it can make a real difference.  Freemasons have been doing this for over 300 years and I am proud of the time and commitment that our members have given to support the nation in its fight against Covid-19.”

In addition to the £1m donated in 2020, the Freemasons have committed a further fund of £2.1m to support the ongoing Covid-19 crisis response. Of that £2.1m, £850,000 has been allocated to support homeless people through several charities with which UGLE partners. More than 40,000 homeless individuals are being provided with food and essentials, transport, help with accessing services such as counselling and healthcare, as well as employment and training opportunities.