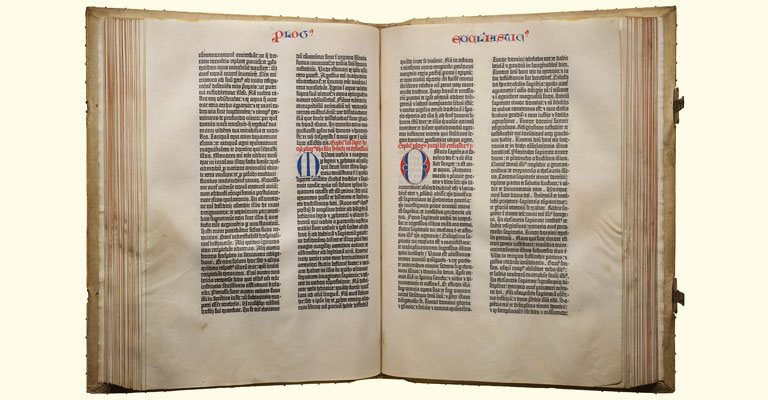 Following from last month’s post, we continue our look around the Tyler’s room and examine some of the initiate’s first experiences from their perspective with an explanation of the wicket and the Volume of the Sacred Law.

You are now aware that one of Freemasonry’s basic and unbreakable principles is that nobody, except the candidate, can be admitted to a ceremony they have not undergone themselves.  This is to keep the secrets of each ceremony intact, so as to maximise their impression on the candidate when they are finally revealed to him.  This obviously means that the door of the lodge needs to remain firmly closed to those not already entrusted with those secrets.  Guarding the door to ensure only qualified brethren are admitted is the responsibility of an Inner and Outer Guard (the Tyler), and they generally communicate using a series of coded knocks, so the Tyler knows which ceremony is being performed and who is allowed in.

However, when the lodge is first opened, and at certain other times, it is not enough to rely on the knocks. So before opening the door, the Inner Guard must ensure that the Tyler is at his post and that the candidate has been ‘properly prepared’.  To do so without having to open the door and risk the candidate seeing more than he should, there is a small flap built into the door through which the Inner and Outer Guards can speak face-to-face.  That flap is called the ‘wicket’, which takes its name from the small, narrow door traditionally built alongside or within a larger castle or city gate.

The Volume of the Sacred Law

Freemasonry is not a religion and does not presume to tell anyone what to believe, nor teach any particular religious doctrine.  There is, however, a requirement of its members that they believe in a ‘Supreme Being’, who or whatever that may mean to each individual brother.

An extension of that principle is that in whomever we place our trust, and whatever name we use for them, part of our guiding light as Freemasons is that our ‘Supreme Being’ has set in place divine laws, which are written in some form and which we should observe. For an individual that might mean The Bible, The Quran, The Vedas, The Tipitaka, The Tanakh or some other sacred text.  Whatever it might be, we refer to it symbolically by way of a non-specific term – the Volume of the Sacred Law.

Most lodges, under the United Grand Lodge of England, will use a Christian Bible, but whenever you are asked to swear an oath, or take an obligation, you are entitled to use whichever book is sacred to you.  Those obligations are to keep the secrets and mysteries that are about to be entrusted to you and never to improperly disclose them.  Nothing in any of the ceremonies will ever require you to contradict or compromise any of your existing religious or spiritual beliefs.