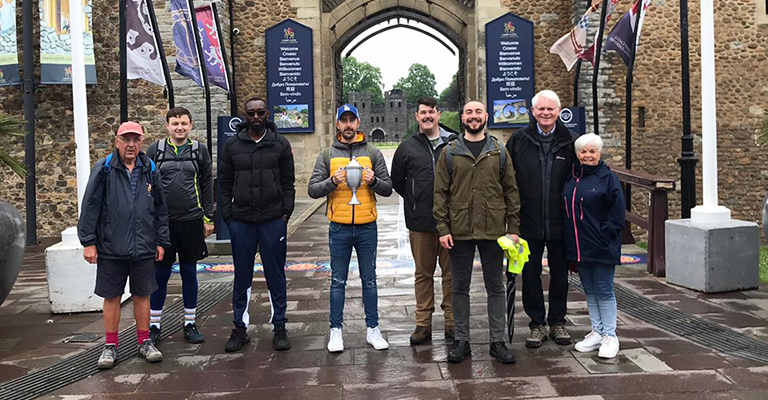 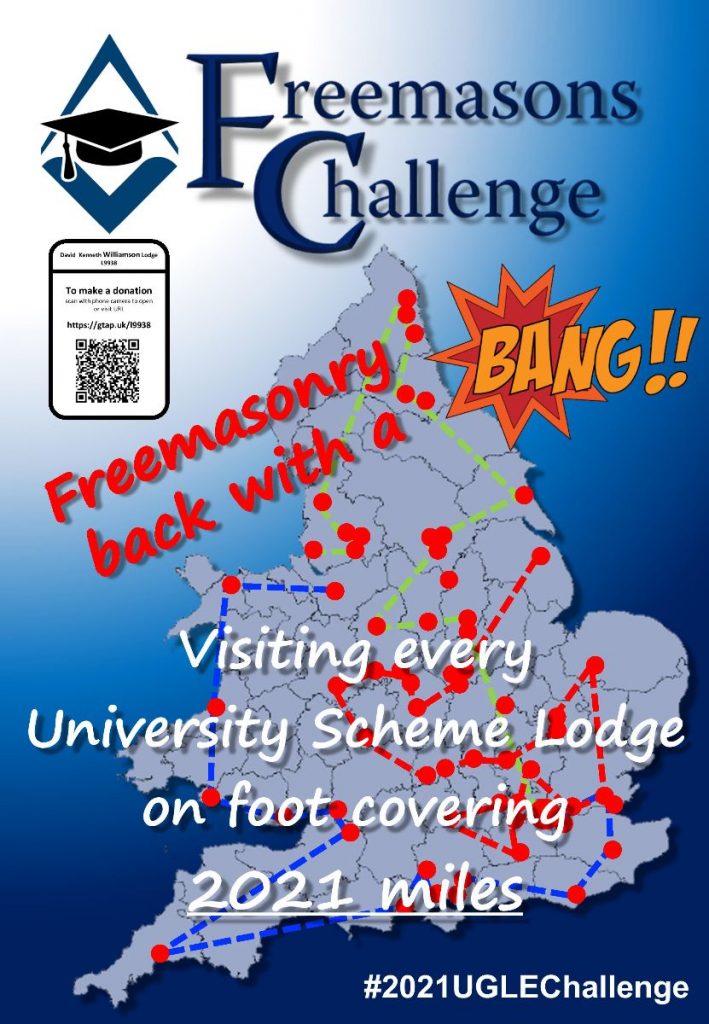 In 2015, the UGLE Universities Scheme introduced the DKW Loving Cup (so named after the scheme’s primus President, R.W. Bro. David Kenneth Williamson PAGM) to encourage inter-visitations between Universities Scheme Lodges. Scheme lodges claim the cup by visiting its current custodians with a delegation of at least four Brethren. To date, 21 lodges have claimed the cup, carrying it in excess of 1,200 miles across England and Wales. However, in 2020 the cup’s travels ground to a halt, as the suspension of masonic activity meant that no lodge could visit Bristol to claim it from the brethren of St Vincent Lodge No.1404.

This summer, the Universities Scheme committee set a challenge to its members to carry the cup across all scheme lodges in England and Wales, encouraging Brethren to undertake a hike with the cup in their possession. Universities Lodge Cardiff, No. 5461 was the first in Wales to receive the cup from our brethren across the bridge. The cup was collected on the evening of Friday 25th June at Chepstow by Bro. Richard Cann, Universities Scheme Rep for the lodge, ahead of its foot journey the following morning.

Brethren of Universities Lodge Cardiff, accompanied by partners and three prospective candidates, met at 8 am Saturday morning at Cardiff Masonic Hall. They were joined by W. Bro. Alan Gardner (Universities Scheme liaison for the province) and Mrs Gardner for the first leg of the journey, which carried the cup past Cardiff Castle, into Bute Park and on to the Taff Trail. From there, the cup was carried along the trail to our final destination at Castell Coch (with a short comfort break at the Diamond Ground, home of Cardiff Harlequins Rugby Club, and thanks to the Brethren of Harlequins Lodge No. 5793). Whilst at Castell Coch, Richard Cann handed over the baton of being Universities Scheme Rep to W. Bro. Dr Oliver Wannell. 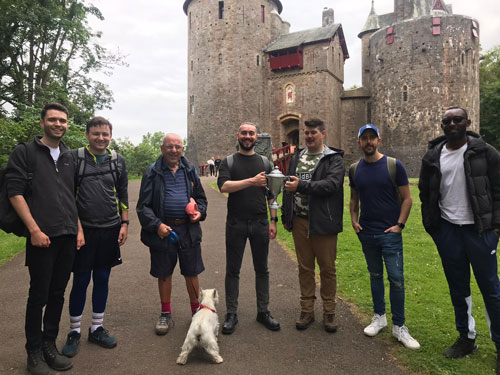 Richard said: “It has been a pleasure to serve as the Universities Scheme Rep for the lodge for the past two years, furthering or relationships with the Universities in and around Cardiff and bringing Freemasonry to their students and graduates. I know that in handing the baton back to Ollie, who was my predecessor in this role, we will continue with these opportunities to make Freemasonry attractive to young people.”

At the end of their 10-mile hike – particularly the last stretch up hill to Castell Coch – the Brethren were delighted to see the open doors of Tongwynlais’ aptly named Lewis Arms pub for some well-deserved refreshment. They were less delighted to undertake the further mile walk to Taffs Well train station for the train home. With grateful thanks to Richard for his service to the Lodge over the last two years as our Universities Scheme Rep and for organising an enjoyable day of exercise for the Brethren.

Singleton Lodge No. 8399 completed its leg of the Universities Scheme challenge from Swansea to Aberaeron where W. Bros. Terry Webber, Clive Holloway, Mark Bevan and Bro. Mart Tylan handed the cup over in Aberaeron to W. Bro. Steve Fearn of St Padarn Lodge No. 5472 Aberystwyth. 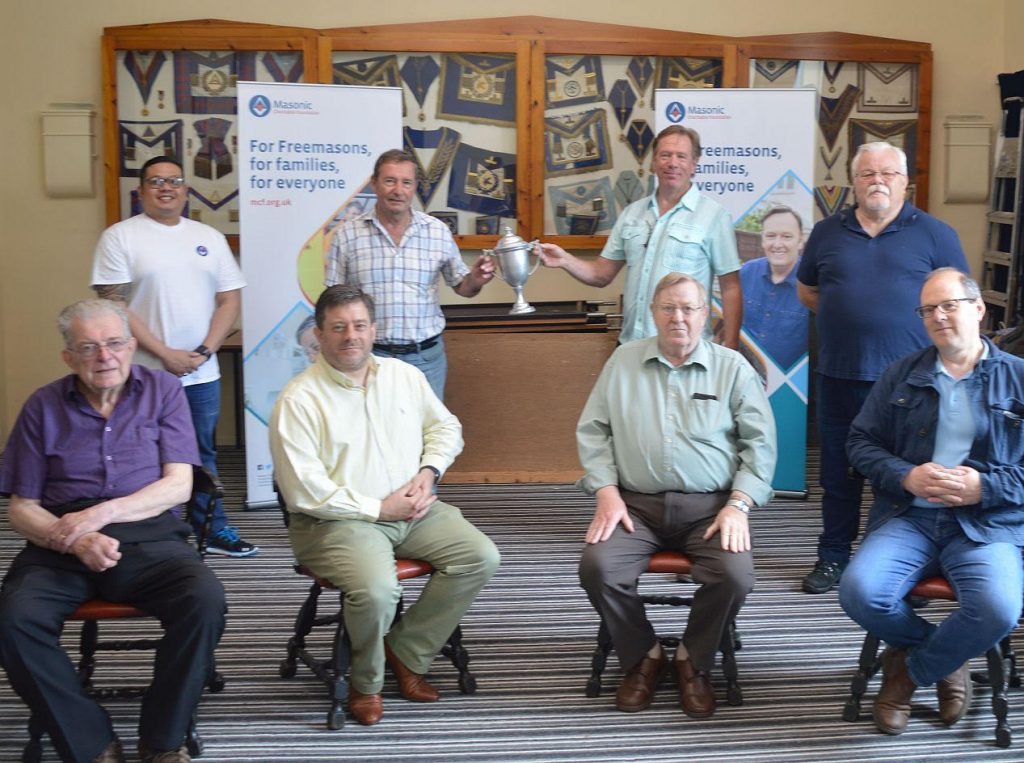 More on the UGLE Universities Scheme can be found here.