Home » Orator's Blog » The Holy of Holies and the Secret Vault 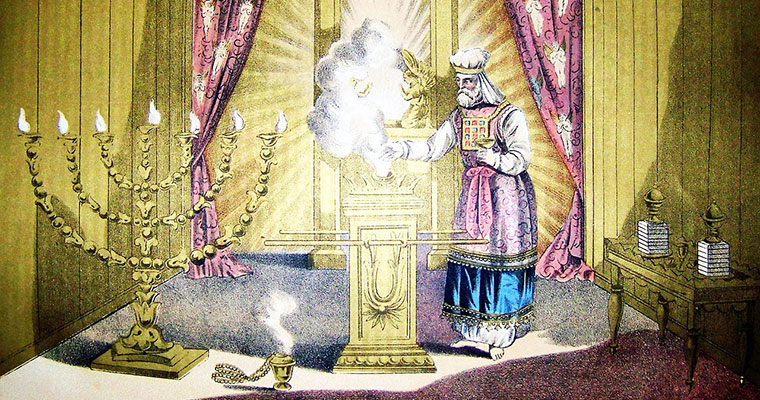 This First Temple included a room reserved for the Ark of the Covenant, called the “Holy of Holies”.  It was said that the Ark made the room was so holy, God himself would speak to Solomon (“I will build him an kingdom and stablish his throne to stand firm forever”) and so in time Temple Mount and Jerusalem would become known as a site for divine interaction.

It also housed the city’s gold and so, either way, was certain to be a target for the other regional military leaders.  Accordingly, according to various Jewish legends, near the beginning of its construction, Solomon ordered that a secret vault be constructed below the Sanctuary.  According to Masonic legend, it was not just physical treasure in the possession of the three Grand Masters.  Meeting in the Secret Vault, they were the only three who, acting in unison, could truly pronounce the ‘Lost Word’.

The secrecy was extended to the identity of those appointed to build the vault.  These 24 Menatschin or Overseers were entrusted with the secrets of a Master Mason and became known as Select Masters.  Their story – and of one in particular – forms the basis of the first degree in the Order of Royal and Select Masters.

The Craftsmen building the temple had been arranged into lodges, each ruled by three overseers.  As it neared completion, the Grand Master also authorised some of the otherwise anonymous Select Masters to gradually close each lodge and lead the Craftsmen to leave the site and seek further employment.  The Select Masters identified to be such suitable leaders were honoured with the rank of Royal Master.

Rumour soon spread amongst the other overseers that some of their number had been preferred and entrusted with the secrets of a Master Mason, and in 968 BCE, a year before completion, 15 of them decided they too were worthy of those secrets.  Every Master Mason today knows the lengths to which three of them went to receive them and Hiram Abiff’s steadfastness to his obligation not to disclose them, which led to his untimely death.

What we are not told until the degree of Royal Master, is that one insistent overseer had already successfully persuaded Hiram Abiff to confer that degree on him, but his three fellow overseers got to Hiram Abiff first.  After his death, the two surviving Grand Masters, having had to resort to using certain substitute secrets, proceeded with the ceremony.  Without giving too much away, it might explain why days later, King Solomon identified an otherwise insignificant tax collector for attention at his next visit to the temple…

Solomon’s plans for the ceremony of dedication of his new temple included transferring the Ark of the Covenant from his father’s tabernacle to the Holy of Holies.  However, after the death of the builder and the necessary delay of those plans, Solomon also ordered that the most precious treasures, together with a copy of the Word and the key to its pronunciation be placed in the vault.  Even fewer people were involved in this operation; its very existence being left to word of mouth, eventually becoming mere legend.

Solomon also took the opportunity to publicly recognise the 24 Select Masters who had built the vault by conferring on them a new degree of Most Excellent Master, without having to disclose the particular achievements that had led to their preferment.  The completion and dedication of the temple in 967 BCE and the eventual passing of the secret vault into legend are described in the third degree of the Order of Royal and Select Masters.

Unfortunately, we have already learned that the legend of Hiram Abiff is generally accepted to be an early 18th-century construct, and the historic evidence for his gruesome demise is equally lacking.  We are left to accept the story as symbolic, but, of course, no less inspirational for Freemasons.