Home » News and Events » The consecration of a new Lodge – Welsh Rugby Clubs Lodge No. 9986 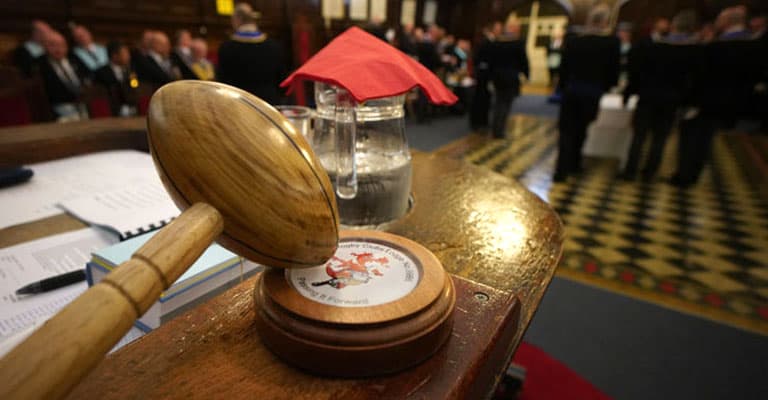 The exciting and historic consecration of Welsh Rugby Clubs Lodge No. 9986 – the birth of a new lodge in The Province of South Wales – took place at Cardiff Masonic Hall on Saturday 30 November 2019.

Over 170 freemasons from all over the country attended to witness this rare ceremony led by the Provincial Grand Master, R. W. Bro. Gareth Jones OBE, as the consecrating officer. This was the third consecration over which the Provincial Grand Master had presided, the others being Albert Edward Court Lodge of Research No. 9908 and Music Lodge No. 9919 being consecrated in 2015. Prior to those, the last consecration within the Province was Lodge of Contentment No. 9763 in 2002.

This new lodge will meet in Penarth Masonic Hall, on the historic site where the Barbarians RFC first played Penarth RFC from 1890 to 1914. It was very fitting that the consecration took place on the day that Wales played the Barbarians in Cardiff – the last time for outgoing legendary Welsh coach, Warren Gatland, at the Principality Stadium, albeit as coach for the Barbarians on the day.

The Primus Worshipful Master of the new Lodge, W. Bro. Paul Haley, explained, “The Welsh Rugby Clubs Lodge becomes the first newly consecrated lodge to make its home in Penarth Masonic Hall in 43 years. St Cecilia Lodge No. 8748 and Crystal Lodge No. 8713 were consecrated in 1976, and Wings Lodge No. 8651 in 1975. Services Lodge No. 7193, also located in Penarth Masonic Hall, was both the sponsoring lodge of Wings Lodge and the Welsh Rugby Clubs Lodge.”

Paul added, “The new lodge aims to raise monies to support the development of grassroots mini rugby. The lodge motto “Passing It Forward” is a reflection that the lodge members will be passing on their love of the game of rugby to future generations. Even before the lodge was consecrated, it raised and donated £1,700 direct to grassroots mini rugby teams.” 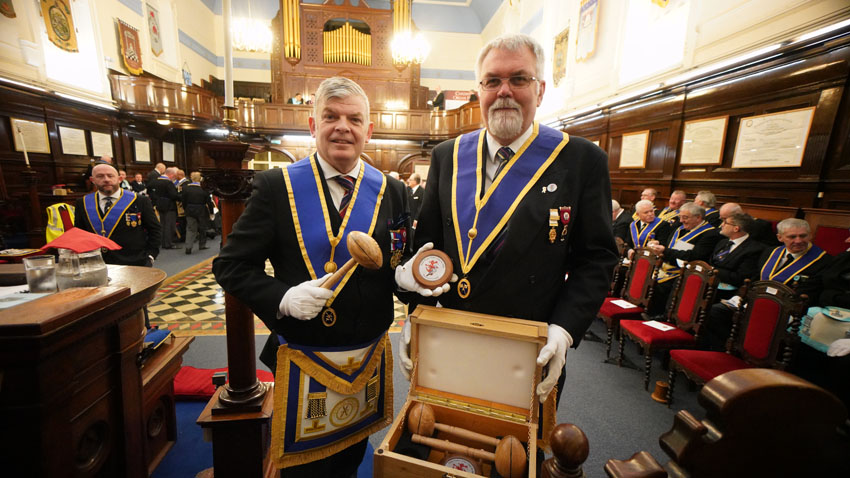 The new Lodge has 50 founding members and 17 honorary members. It already has a list of members of other lodges wishing to join and a healthy list of prospective candidates, putting it on course to become one of the biggest lodges in South Wales. 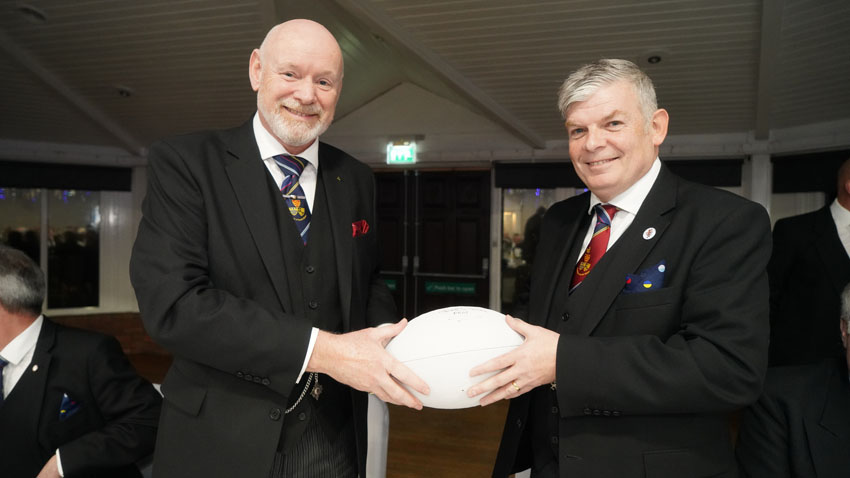 The consecration dinner was held in the Park Inn Hotel, and during the speeches which followed, Paul Haley outlined the intent to establish a Welsh masonic rugby team, which will play for the Inter-Province Cup. Commenting further on the new lodge, Paul said, “The bonds of rugby & masonic friendships will be enhanced through relationships with at least twelve other provincial rugby lodges. Welsh Rugby Clubs Lodge aims to meet on certain Fridays prior to Welsh rugby matches during the ‘Six Nations’ and autumn internationals and is expecting to draw large numbers of visitors. With the theme of rugby throughout the evening, this will be a ‘must visit’ lodge”.

Founder member Anthony Davies said, “What a memorable & historic occasion. The consecration was just incredible, carried out with perfection by the Provincial Team. And the fun, laughter and camaraderie at the festive board was nothing less than brilliant!”

Welsh Rugby Clubs Lodge No. 9986 is now welcoming applications for membership from joining & re-joining members, and especially candidates who wish to join Freemasonry.

The programme for the first part of 2020