Home » News and Events » Swansea Masons raise £12,500 for the RMBI by cycling the length of Wales 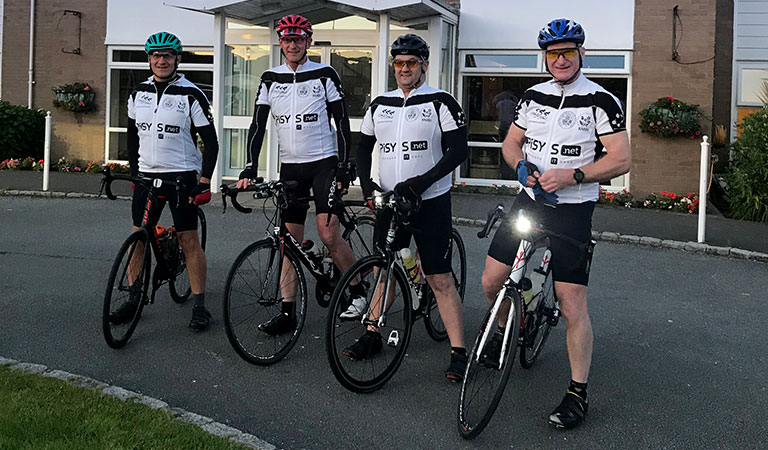 On 22 June 2019, four Swansea Masons set out on gruelling 175-mile one-day ‘Home from Home’ ride from Llandudno to Porthcawl to raise funds for the 2021 festival in aid of the RMBI. The RMBI Care Co. is a charity which provides caring support for people in need of residential or nursing care, dementia support or limited sheltered accommodation, which it does via its network of 19 residential homes throughout the UK. 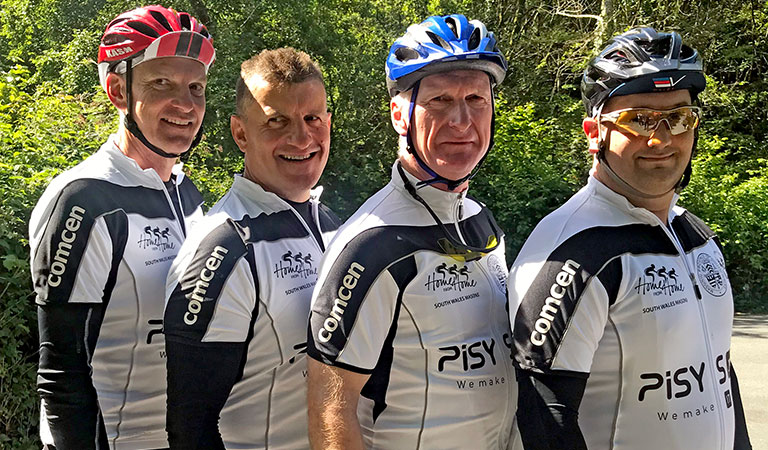 Simon Francis, Jason Thomas, Derek Johnson and Richard Owen – all members of an informal cycling club – had come up with the idea of cycling between two RMBI homes during the planning of the upcoming festival events.

The day of the ‘Home from Home’ event was sunny with a cooling breeze, and after a 4.30 am start at the Queen Elizabeth Court RMBI nursing home in Llandudno, the team set off at a relatively gentle pace towards Blaenau Festiniog. There, a respite from the energy-sapping gradients of Snowdonia was taken before a gentler run down to Machynlleth and then Aberystwyth.

However, the mid-Wales stage of the ride was more challenging than expected. Organiser and lead rider Simon Francis commented “the combination of steady headwinds and relatively gentle but long climbs made this stage a real test of endurance and toughness for all the riders.”

Fortunately, the rest of the journey via Ammanford and Swansea was easier. The team was joined for the last 35 miles by Alison Aberdeen, the manager of the Albert Edward Prince of Wales Court Nursing Home in Porthcawl, which was also their ultimate destination. 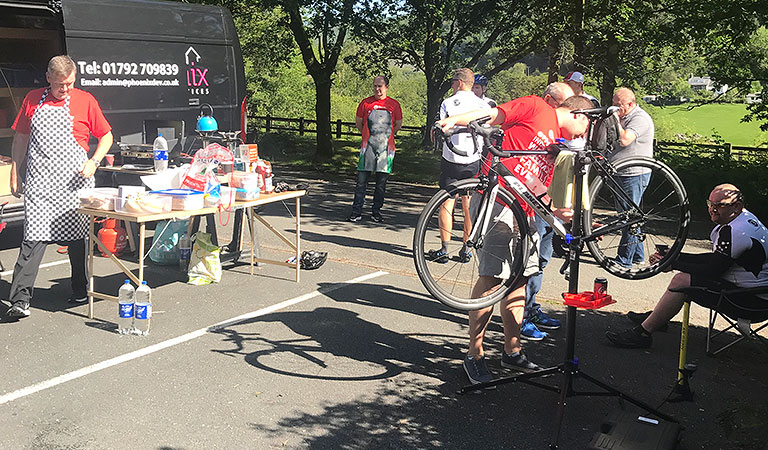 Francis commented that “Everyone had to dig deep to get the ride done in one day – it was very challenging, and it was an honour to have had such a team to do it with. Without exception everyone performed admirably, and it was fantastic that we were able to raise £12,500 for such a good cause”.

The cheque for the money raised from the ride was presented by the group to the Provincial Grand Master Gareth Jones OBE, and Chairman of the 2021 Festival Sir Paul Williams, at the PGM’s Summer Ball held in Brangwyn Hall on 29 June, where it was gratefully received.

Francis concluded “Events like these, where like-minded Freemasons capitalise on a passion or a skill to raise much-needed funds, are really important. Not only do we set ourselves a challenging personal task, but in doing so we are able to raise a significant amount of money, in this case for the RMBI, and to support our Province in reaching its £5m target during our festival period.”