Singleton Lodge No. 8399 celebrated its 50-year Golden anniversary on 21st March at Swansea Masonic Hall. The R.W. Provincial Grand Master and his Provincial team joined the celebrations with the Brethren of Singleton Lodge along with many visiting Brethren who were present to mark this most special occasion. 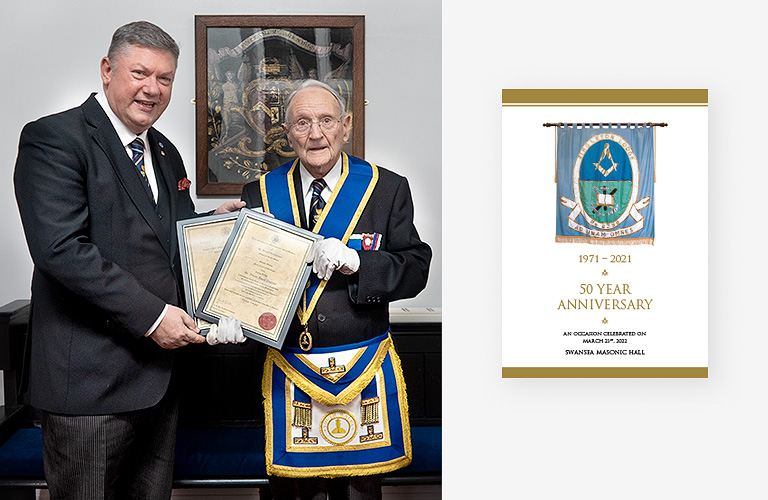 The R.W. Provincial Grand Master was delighted to able to present founder member W.Bro. Vivian Jones Phillips PPrSGW with his 50 year and 62 year certificates and lapel pins as a token of W.Bro Vivian’s outstanding contribution to Freemasonry in general, and to the Province of South Wales in particular. Vivian was initiated on 23 February 1960 in Dewi Sant Lodge 4728, London and was a founding member of Singleton Lodge No. 8399. 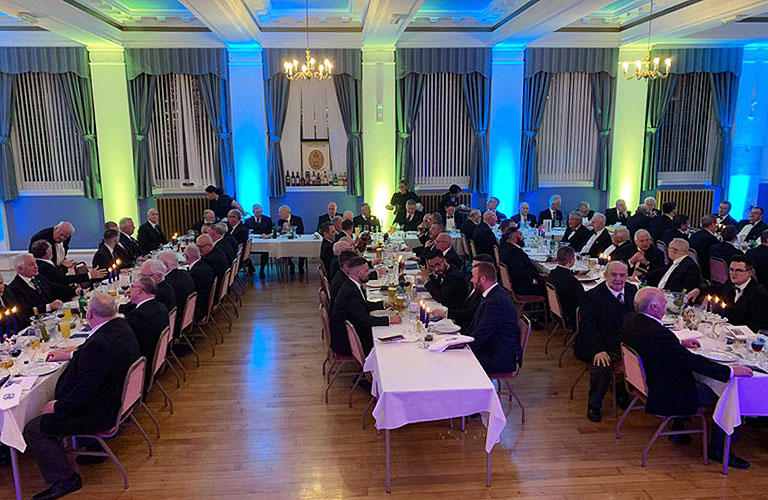 Singleton Lodge is one of two University Lodges in the Province of South Wales.