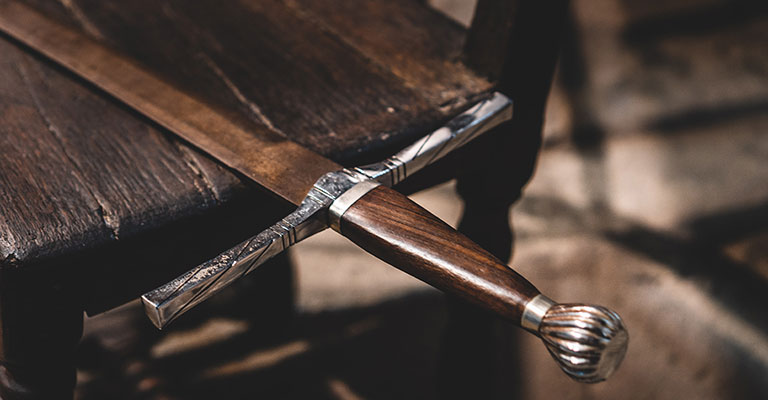 The feedback I’ve received about this blog – for which I’m very grateful – suggests readers are most interested in Masonic symbolic history with explanations that you might not have known before.

I also believe that for many, more experienced Freemasons, it is our early experiences that often remain much of a mystery to us. But they were so long ago, and we have seen them repeated so many times, we now just taken them for granted.

Additionally, after 25 years in the Craft, who amongst us would freely admit that we didn’t fully understand something from our very first admission to the lodge! So, I thought it might be interesting to explore, over the coming months, some of those formative memories, and explain why things are done as they are.

I will endeavour to explain some of these – from the perspective of a new candidate – so that if you are asked, you can explain them to your candidates and new initiates.

Imagine your initiation evening. We start with the man stood in front of you right now. The Tyler himself.

He leads you into a small room, and from there you encounter a whole sequence of strange events involving some even stranger artefacts.

You will learn that Freemasonry consists of a number of ‘degrees’ – or mini plays – with different stories attached to each. One of the abiding principles, or rules, of Freemasonry, from its very ancient origins, is that only members ‘qualified’ to participate in each ‘play’ or ‘ceremony’ – those  who have been through the ceremony themselves – are allowed entry.

Obviously, this has meant the need for an ‘Outer Guard’ to ensure that ‘unqualified’ members, or even intruders (cowans), would be prevented from entering. To assist him in performing his duties, he was armed with a drawn sword, a tradition that persists today, although there is no recent record of anyone actually having to use it!

In old Scots, where some of our language and traditions originate, the word ‘tile’ meant not just to cover a house, but to cover or hide or keep something hidden.

As the Outer Guard was responsible for just that, keeping the ceremony inside the lodge room secret, he became known as the Tyler.

The Tyler also used to assist in setting up the lodge rooms when they were temporary ‘pop-up’ affairs in inns or meeting houses. He has also always been responsible for preparing the candidate for whichever ceremony he is about to undergo.

The origins of Freemasonry are ancient.  Note the plural. Brethren throughout the ages have studied the history of the Craft (as it is known) to explain some of our current traditions and ceremonies.

In most cases the threads of evidence go back a long way into our history and start to fray and separate. Theories are formed, but they are just that, theories.

When we try and explain why we do, or say, something in the 21st century, we often must look to more than one potential explanation. On being prepared to enter the Lodge for your Initiation, you will need to remove one shoe and replace it with a slipper provided by the Lodge. This is one tradition that has multiple origins.

Firstly, it might refer to the instruction in the Old Testament, when says God said to Moses ‘Put off thy shoes from off thy feet, for the place whereon thou standest is holy ground’ (Exodus 3:5). Our ancient brethren followed this example as our Lodges are consecrated and, therefore, considered to stand on holy ground.

It might also come from the equally ancient biblical tradition of handing a shoe to the family which you, or a member of your family you are about to join; thereby binding a promise.

Either way, you will have to borrow a slipper from the Lodge, which also reminds you that you will enter the Lodge with very few worldly possessions; with sincerity and honesty seeking benevolence from your brethren.