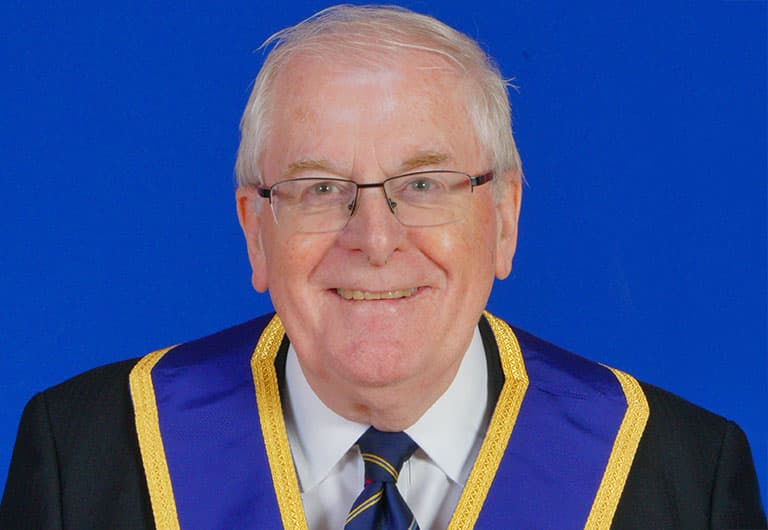 W. Bro. Jones will succeed W. Bro. Roger F. Richmond PSGD, who will retire as APGM at the end of March this year.

On receiving news of his appointment, W. Bro. Jones said: “As you can imagine I’m absolutely delighted to be offered this new challenge, and I’ll be drawing on my experience of 40 years in Freemasonry to work with the rest of the Provincial Executive in taking freemasonry in South Wales from strength to strength.”

Kelvin was initiated into the Hamlet of Van Lodge in Caerphilly in January 1978, and has been, and still is, a member of many Lodges within the Province of South Wales. He was a founder member of the Welsh Installed Masters’ Lodge No. 9857 and of the Music Lodge No. 9919, where he occupies the office of Assistant Secretary. In 2008 he was appointed as Provincial Junior Grand Warden, and this was followed in 2010 by an appointment to Grand rank within the United Grand Lodge of England. Kelvin was promoted to PJGD in 2018.

Within Royal Arch, Kelvin was exalted into the Hamlet of Van Chapter No. 8334 in 1980 and was a founder member of both Proscenium and Cwm Rhondda Chapters.

Within the Ancient and Accepted Rite for England and Wales Rose Croix of H.R.D.M., Kelvin was perfected into Powys Chapter No. 406 Sovereign Prince Rose Croix in 1999 and enthroned as Most Wise Sovereign in November 2009. In 2011 he became a Grand Selected Knight Kadosh 30 degree.

W. Bro Jones is a retired managing director of a textile company, where he worked for over 30 years, producing a wide variety of fabrics for commercial and industrial use. He is also heavily involved in amateur dramatics and musical theatre, having worked closely with the Rhondda playwright, the late Frank Vickery, where for over 25 years Kelvin created several roles in Frank’s plays. Kelvin has also appeared in many musicals, taking leading roles in Guys and Dolls, Hello Dolly, Me and My Girl, Chicago, Sound of Music, 42nd Street, Follies and Annie. In 2003 Kelvin took to the professional stage on a three-month tour with Owen Money and Peter Karrie, where he played Alderman Fitzwarren in Dick Whittington.