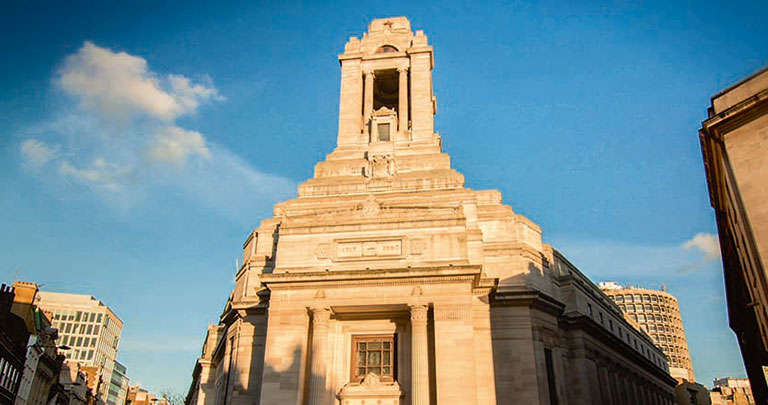 The United Grand Lodge of England (UGLE) has launched its first annual report, in its 300 year history, marking another major step forward in its commitment to modernisation, transparency and normalization.

The annual report includes the new mission statement, which sits alongside the UGLE’s four key values of integrity, respect, friendship and charity. In addition, a recent study found that 75% of Freemasons take part in civic or charitable activities, compared to only 31% of non-Freemasons, in a matched geodemographic profile.

Dr David Staples, chief executive of the UGLE, said: “Our first ever annual report is a major step ahead for the organisation in terms of the transparency and normalisation of Freemasonry, we want to tell the public who we are and what we do. This year, we have raised more than £42m for charity and given more than 18.5 million hours of our time in unpaid social and civic volunteering. I am enormously proud to serve an organisation with such a story to tell.”

The vast majority of the beneficiaries of charitable grants from Masonic charities are not themselves Freemasons. In fact, 90% of the donations are given to thousands of projects and people across the country to provide relief from suffering, misfortune and poverty. Only 10% of the total money disbursed goes to UGLE members and families, on a means-tested basis.

During the pandemic, it was gratifying to discover that fewer than 2% of the UGLE membership were actively considering leaving Freemasonry. The UGLE had planned for a significantly higher drop in membership, comprising those leaving because of financial hardship and those sadly passing away. Instead, the vast majority are greatly looking forward to things returning to normal and to resuming their Masonic lives.

Elsewhere, many members responded magnificently to the crisis, raising £3m for those in need across the UK, via the Covid Community Fund. In the early days of the pandemic, the group prioritised the need for personal protective equipment, food-based projects and the supply of tablets to hospitals and nursing homes to enable Covid-19 sufferers to contact family members. Now, the project is focusing on helping homeless people, young carers and mental health projects.

The essence of Freemasonry is the practise of charity. It is so inextricably linked that every Lodge meeting includes a charity collection and every Lodge and Province has a charity steward, who is responsible for coordinating the financial commitments and voluntary actions of the members. Many of the charitable efforts of the UGLE and its members are channelled through the Masonic Charitable Foundation, the Freemasons’ primary charitable grant-giving body.

Among other charities that the UGLE is actively supporting is the Freemasons’ Fund for Surgical Research (FFSR), which supports the Research Fellows of the Royal College of Surgeons (RCS) with grants each year to pursue cutting-edge research work, which might otherwise not have been funded. For more than 50 years, the FFSR has supported much groundbreaking research and many of the Fellows have gone on to distinguished careers.

In addition to the RCS, the Freemasons also support Lifelites, which gives life-limited and disabled children in hospices the chance to play and be creative, through the power of assistive technology.

Since taking over as CEO of the 200,000-member UGLE, Dr Staples has targeted many improvements within the organisation. “The challenges I have set myself are to improve the public perception and understanding of Freemasonry, and to improve the administration of the organisation, modernising our systems and processes within this context,” he explained.

In the last few years therefore, Freemasons have been busy modernising and launching campaigns inviting the public to experience the world of Freemasonry. As a result, since 2018 the public’s perception of Freemasonry has improved significantly, according to external opinion surveys.

“All the effort and transparency has brought surprising results. Recent research showed that one in four people would consider joining Freemasonry today. The change is significant, because in 2018, the result of the same survey was one in ten,” explained Dr Staples.
The same research showed that those aged 18-34 are the most favourable towards the organisation, suggesting a real opportunity exists to engage and attract a newer, younger membership. Looking to these segments of the public, the UGLE has done much in recent years to encourage younger men, such as establishing the Universities Scheme and the New and Young Masons Clubs. Currently, the Universities Scheme has approximately 3,500 subscribing members.
Furthermore, a new cafe is opening next year within Freemasons Hall, with the objective of allowing the general public to experience the historic building, alongside new digital tours and a brand new visitors’ shop.

Improvements are also being made in communications. For the first time, the UGLE is able to talk directly and regularly with its membership, and a planned member survey will ensure that Freemasons will have be able to provide feedback directly to the organisation. 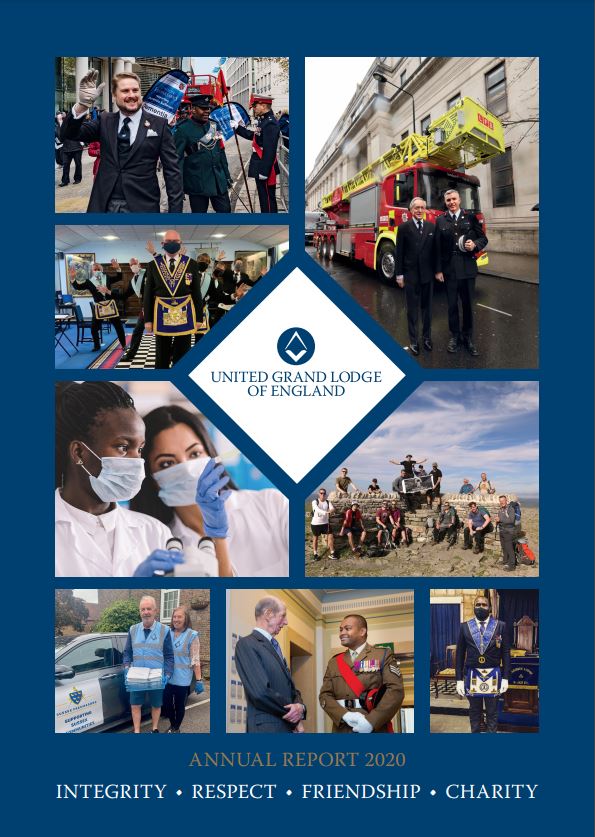 Further modernisation is underway with Project Hermes, a modern and simple web-based system to be used by Lodge and Chapter secretaries, which will transform the way in which the organisation is administered and mark an end to lengthy, manual form-filling processes. One of the major design principles of Hermes is that it must be intuitive and easy to operate, similar to using an online banking system.

Looking further ahead, an important milestone to be celebrated is the consecration of Lodge number 10,000, which will be duly heralded next year. That and other upcoming events will offer the UGLE the chance to match its Tercentary celebration in 2017 at the Royal Albert Hall. These occasions demonstrate the richness and importance of the Freemasons’ history and heritage, as well as the essential benevolence of the organisation’s core values and teachings – all while showcasing the fun side of Freemasonry.

The UGLE Annual Report can be read here: ugle.org.uk/about-us/annual-report