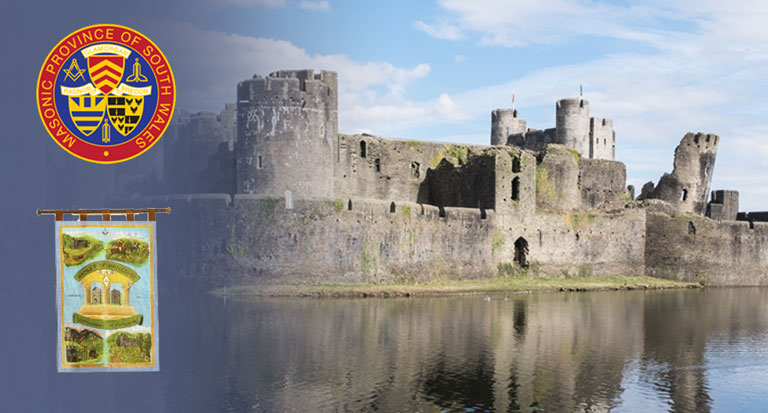 Hamlet of Van Lodge of Freemasons, based in Caerphilly, has completed its self-set 50:50 challenge.  The challenge was to donate £50 to 50 deserving causes in the Caerphilly area and was set by the Worshipful Master of the Lodge, W. Bro. Clive Hughes, to mark the 50th Anniversary year of the Lodge. The aim was to raise a total of £2,500 for local charities – amounting to an average donation of £100 by every member of the Lodge.

W. Bro. David Davies from the Hamlet of Van Lodge, said: “We recognised that, because of the current pandemic, many local charities and other such organisations, were suffering financially, hospices and care homes were missing the contact with their visitors, and local churches needed funds to provide meals to the needy in the area. The Worshipful Master came up with the idea of helping as many of these local causes as we could during or 50th anniversary year. Hence the £50 per 50 local deserving causes challenge.”

The 50 recipients of this scheme included: the Salvation Army, The British Legion, SSAFA (The Armed Forces Charity), Fire and Rescue service, YMCA, a children’s hospital, a Parkinson’s support centre, the local Scouts group, the Albert Edward Prince of Wales Court care home, and organisations involved with the blind and the deaf. Also included was the Teddies for Loving Care charity, which provides teddy bears to A&E departments of hospitals to give children that come through their doors making their hospital experience less intimidating.

City Hospice – which provides medical, nursing and end of life care to patients, and support to their families – said that the gift was essential to help them to give their patients the best quality of life, letting their families create a lasting memory.

Melanie Rees from the Coed-Y-Brain primary school in Caerphilly, wrote thanking the members of the Lodge for their donation, saying that it will help buy equipment for the children to use outdoors, assisting with their health and well-being.

TouchBase Cymru (Wales), Caerphilly, is a charity that assists those living with complex disabilities to communicate and experience the world. The charity’s acting administrator, Amiee Davies, said: “With this donation from the Freemasons of the Hamlet of Van Lodge, we’re able to provide a sensory garden to allow those who use our services to experience an outdoor space.”

W.Bro. Clive Hughes said: “In this challenge, to mark the 50th Anniversary of the Hamlet of Van Lodge of Freemasons, we’re so pleased that we’ve been able to help so many local causes, even in a small way, and ensure that they continue the good work that they do to help those in the local community.”

About the South Wales Freemasons

For further information on the Provincial Grand Lodge of South Wales:
https://www.southwalesmason.com/

For further information of the Hamlet of Van Lodge of Freemasons:

Further information on the organisations supported: