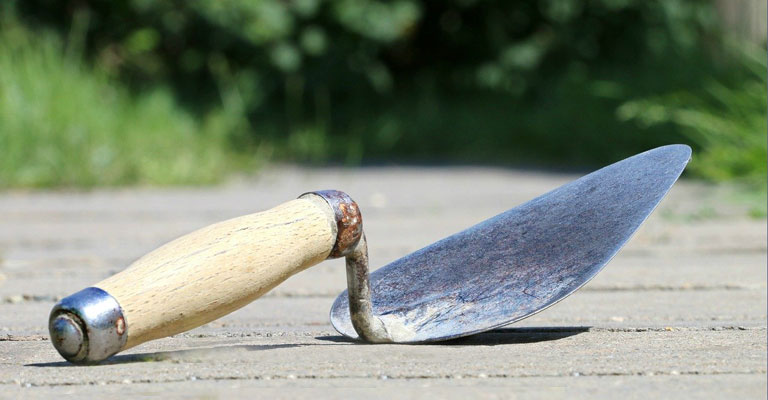 When we moved to a new house nearly four years ago, I decided to build a pub-shed in the back garden. It’s great for entertaining friends and family – especially for the rugby, which I put up on the big screen.

Of course, the bar needed a name, and I wanted to include a reference to Freemasonry and friendship. I decided upon “The Trowel and Tankard”.

The tankard part is obvious, and the trowel could simply refer to the fact the bar is, really, just a glorified garden shed. 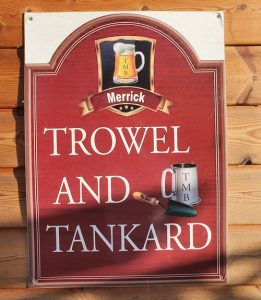 But the humble trowel has a far greater role in the history and symbolism of Freemasonry than many people realise. It served as a symbol to illustrate more than one of our principles, as well as often having multiple practical uses in our ceremonies.

Its main symbolic purpose is still referenced in one of the most famous parts of ritual in the Ancient Charge: ‘In every age monarchs themselves have been promoters of the art, have not thought it derogatory to their dignity to exchange the sceptre for the trowel…’ We all know this line and we get the point being made – that our most senior dignitaries have not been afraid to take the most junior positions in our lodges.

But why the trowel?

For a hundred years or so, the trowel was the symbol of the Inner Guard. Back then, probably dating even back to operative masonry, this office was given to the most recent initiate, i.e. literally the most junior member of the lodge, and he was responsible for guarding the door of the lodge from the inside while the Tyler guarded it from the outside. He was armed with a trowel. Yes, armed.

The primary symbolism of the trowel was that of spreading or smoothing, being applicable to not only any cracks or divisions between the brethren of the lodge (in other words, promoting brotherly love) but also to the door itself, effectively sealing it to secure it.

The end of the trowel, being sharp and pointed, was also presented to the initiates naked left breast on his first admission to the lodge. You could say the initiate had to prove himself worthy to be included in the fraternity and harmony that existed the other side of the door.

Another practical purpose for the trowel 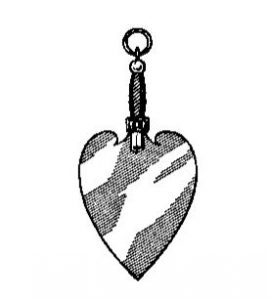 The trowel also served another practical purpose: Presented flat side up, it could also be used as an alms plate, representing another one of our tenets – charity or benevolence.

If you cross the Prince of Wales Bridge from Wales to visit a lodge in Bristol or Bath, you are likely to still see the trowel being used by the Inner Guard.

However, it is probably because of the connection to charity that we are now more used to seeing the trowel attached to the collar not of the Inner Guard but of the Charity Steward.

The trowel as a symbol of masonic principles

The next time you see an initiate admitted on the point of a sharp instrument, or listen to the Ancient Charge impressing on him the humility of our most noble members, you might be able now to imagine things looking a little different in earlier times.

We might have lost some of its significance over the years, but the humble trowel was once one of the most used tools in the Lodge room and symbolised some of our most precious principles.