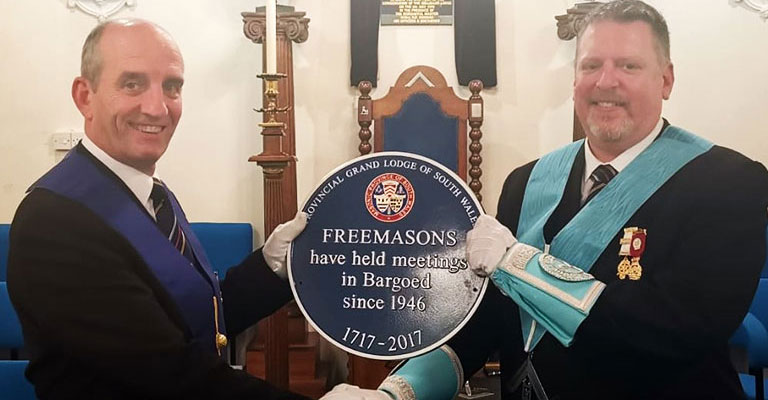 A Blue Plaque has been unveiled in Bargoed to commemorate the involvement of Freemasonry in the community.

The plaque proudly shows that freemasonry has been a part of the local community for 72 years, since 1946.

The Gelligaer Lodge was established in May 1946 and meets on the second Monday from September to June. Ystrad Mynach Lodge has also been meeting in Cardiff Road, Bargoed since February 1974, on the fourth Wednesday of September, November , January, March and May. Both lodges are very active and raise significant monies for local charities.

Marc Lewis said, “The Blue Plaque will be a constant reminder to us of our heritage and our future. We are very proud of the role we play in our local community and in providing charitable assistance where we can. We welcome any enquiries from the public and from anyone interested in becoming a Freemason.”