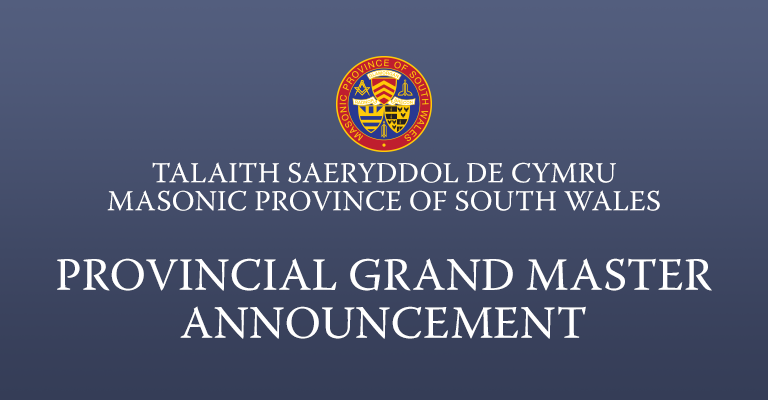 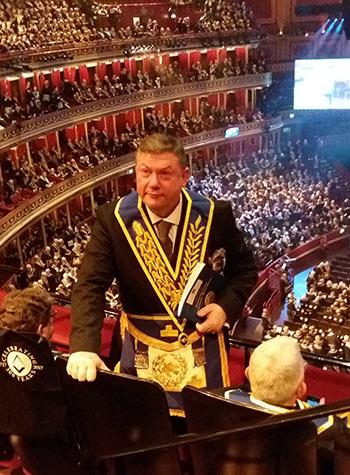 At the RMBI 2021 Festival Gala Dinner, the Right Worshipful Deputy Grand Master was pleased to announce that His Royal Highness the Duke of Kent, KG, in his capacity as the Most Worshipful The Grand Master of the United Grand Lodge of England, has appointed D. Gerald Rowbottom, the 12th Grand Superintendent in and over the Province of South Wales, to succeed Right Worshipful Brother Gareth Jones, OBE as Provincial Grand Master for South Wales.

This is the first time since the retirement of the 4th Lord Swansea in 1999 that South Wales will have a joint Ruler over Craft and Royal Arch.

The announcement by the Deputy Grand Master was met with rapturous acclaim, as the Provincial Grand Master Designate prepares to steer the Province towards our Craft Tercentenary in 2027 and care for our membership in the 161 Lodges and 69 Chapters, meeting in 23 centres across South Wales.