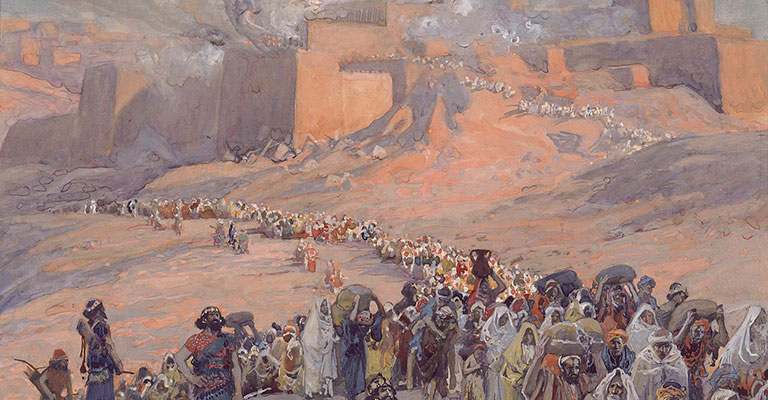 Last month we recounted the stories of a secret vault below the Holy of Holies. But is there any historic evidence for this secret vault?

Well, possibly, yes. Besides the Talmud (and Royal Arch) legend of the discovery of the vault by workmen preparing the foundations for the second temple, there is an account by the Byzantine scholar, Philostorgius, who wrote about 550 years later about the discovery of a vault during the subsequent rebuilding of the temple. His original writings are lost, but we do have an extensive precis of it written by the 9th-century Byzantine scholar and statesman, Photius.

A Californian newspaper article from 1872 also describes the vaults as statements of fact, referring to writers who claimed to have visited and carefully examined the structures, including “The Father of Biblical Geography” and American biblical scholar, Edward Robinson, and the American Journalist and travel writer William Cowper Prime. (29)

Solomon’s temple stood, with the Holy of Holies home to the Ark of the Covenant, for 380 years. During that time, however, the treasures within meant it came under constant attention from neighbouring warlords.

Before his death, during the building of part of the fortress in Jerusalem, King Solomon appointed a superintendent over the Tribe of Ephraim named Jeroboam. By this time, Solomon was becoming increasingly extravagant and discontent was widespread amongst his people. Jeroboam started to form a conspiracy against him, with a plan to break away from the Twelve Tribes of Judah and become King of the ten northern tribes. But his plan was discovered and he fled to Egypt under the protection of the Pharoah, Shishak or Shoshenq I.

Upon Solomon’s death in 931 BCE, Rehoboam succeeded him as King of the United Monarchy of Israel and Judah. Jeroboam returned from exile to ask the new king to lower taxes. When he refused, the ten tribes withdrew their allegiance to the house of David and formed the northern kingdom of Israel (later known as Samaria), with Jeroboam as their King. Only the tribes of Judah and Benjamin remained loyal to Rehoboam and formed the new kingdom of Judah.

In 926 BCE, less than 50 years after it was dedicated by Solomon, and only five years into Rehoboam’s reign, Shishak himself rampaged through Judah, sacked Jerusalem and the temple and confiscated many of the treasures that once belonged to Solomon.

Successive Kings of Judah tried to rebuild the temple, but it was only Jehoash in 835 BCE, seven monarchs after Rehoboam, who invested considerable sums, raised from worshippers, in its reconstruction. He was largely successful and for the first time in Judah’s history, the Temple in Jerusalem and its priesthood achieved national importance.

135 years later, the city came under attack again; this time from Sennacherib, the king of the far north-eastern neo-Assyrian empire. He attacked many of the fortified cities of Judah but was unable to capture Jerusalem. During the siege, the then-King of Judah, Hezekiah, offered to appease Sennacherib with gold and silver stripped from the temple, including from the great pillars themselves. There are many theories as to exactly what happened and why Jerusalem remained standing, but it did, and the extraordinary defeat cemented Judaism’s monotheistic tradition, universal today.

Eventually though, in 597 BCE, the city did meet its match in King Nebuchadnezzar II, the second King of the neo-Babylonian empire to the east. By that time, the Jewish empire had begun to disintegrate and Israel, after asserting its independence, had also disappeared. Judah comprised only the tribe of that name.

Nebuchadnezzar laid siege to Jerusalem and installed King Zedekiah as a Provincial ruler over Judah. After eleven years, however, Zedekiah revolted against Babylon and allied with Pharoah Hophra of Egypt. Nebuchadnezzar’s response was to invade Judah and in 586 BCE, the city and the temple were destroyed. Zedekiah was captured and taken to Babylon in chains.

All this time, Solomon’s descendants would swap stories of a lost word. This moment in history is recounted in the degree of Super-Excellent Master in the Order of Royal and Select Masters, as is the irony that all along, the lost word was lying in the secret vault beneath them all the time. But now the city burned – and so did the Ark. And so did the vault…