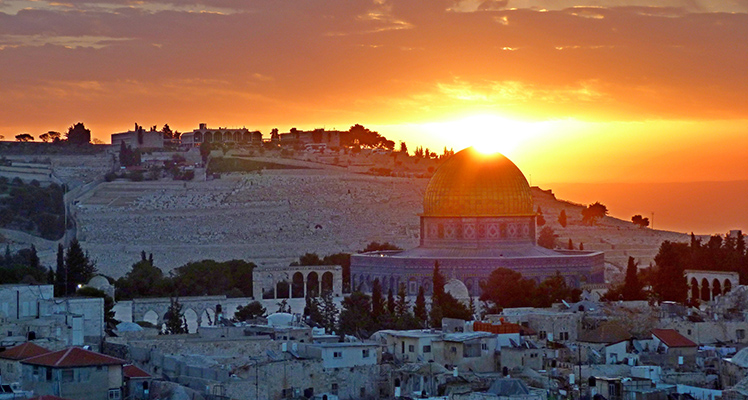 For millennia, Jerusalem, more than any other city in the world, has been the setting and the catalyst for incredible geopolitical turmoil.  Its situation, both geographically and spiritually, has led to countless sieges, wars, pilgrimages and crusades.  The world’s three great Abrahamic religions call it their spiritual home – their Holy City.

But Jerusalem also acts as the backdrop for many of the stories – some substantially true and some allegorical – that are central to our masonic ritual and experience; not only in Craft Freemasonry but in the Holy Royal Arch and other progressive orders.

But how has this one city become so influential in the course of human history?  We are all well-versed in the characters, architecture and even certain events as they are described in our ritual and supporting texts; but how much of it actually happened?  And how does it all fit into the wider context of the history of this great city and its surrounding region?

This year I’m going to write a series of articles for this blog, exploring how Jerusalem was founded and how its history provides the framework into which the rich tapestry of our masonic ritual is woven.  I’ll be discussing characters with whose names we are so familiar, explore buildings we feel like we have already visited a hundred times and witness events central to our ritual.

4,000 years before Jerusalem was established

Anyone vaguely familiar with the Bible’s old testament will know that it describes events set in the region around early Jerusalem.  There are biblical historians and schools of teaching that take those accounts literally.  Unfortunately, the Bible is littered with contradictions and we need other historical texts to help us properly understand what went on all those thousands of years ago.

From the limited archaeological investigations that have been permitted around the Holy City and the historical accounts that do exist, we know that there was a settlement in that area as early as 5000 BCE.  To put this into biblical context, the origin story for the Royal Ark Mariners – one of the earliest among the progressive masonic orders – namely Noah and the Great Flood, if taken literally, was supposed to have happened around 2350 BCE.

It would take centuries for Jerusalem to become a small city, but by 1458 BCE we know that it had become a recognised city of the Egyptian empire, which included Palestine at that time.  Twelve years later, a prophet by the name of Moses started a chain of events that would change the significance of the region beyond recognition and catapult Jerusalem into prominence.

Having been born in Egypt but fled to the desert south of Judah, the Bible tells us Moses received a message from God at Mount Horeb and returned to Egypt to release his people from slavery.  He led them through the Red Sea crossing to Mount Sinai.

While the exact location of Mount Horeb or Mount Sinai – as the two names are generally accepted to describe the same place – is disputed, it was at this mountain in Eastern Egypt that the Bible tells us God then gave Moses the ten commandments.  To commemorate this, he had Bezaleel and his son Aholiab construct a tabernacle and within it, to house the tablets on which the commandments were inscribed, the Ark of the Covenant.  The Holy Royal Arch refers to that tabernacle as the First or Holy Lodge and those three – the prophet, the artisan and the deputy architect – as the first Principals.

Moses also used those events to declare a new nation for his people and called it Israel.

In my next post, we’ll follow the tribes of Israel and their precious cargo through the wilderness towards Jerusalem.