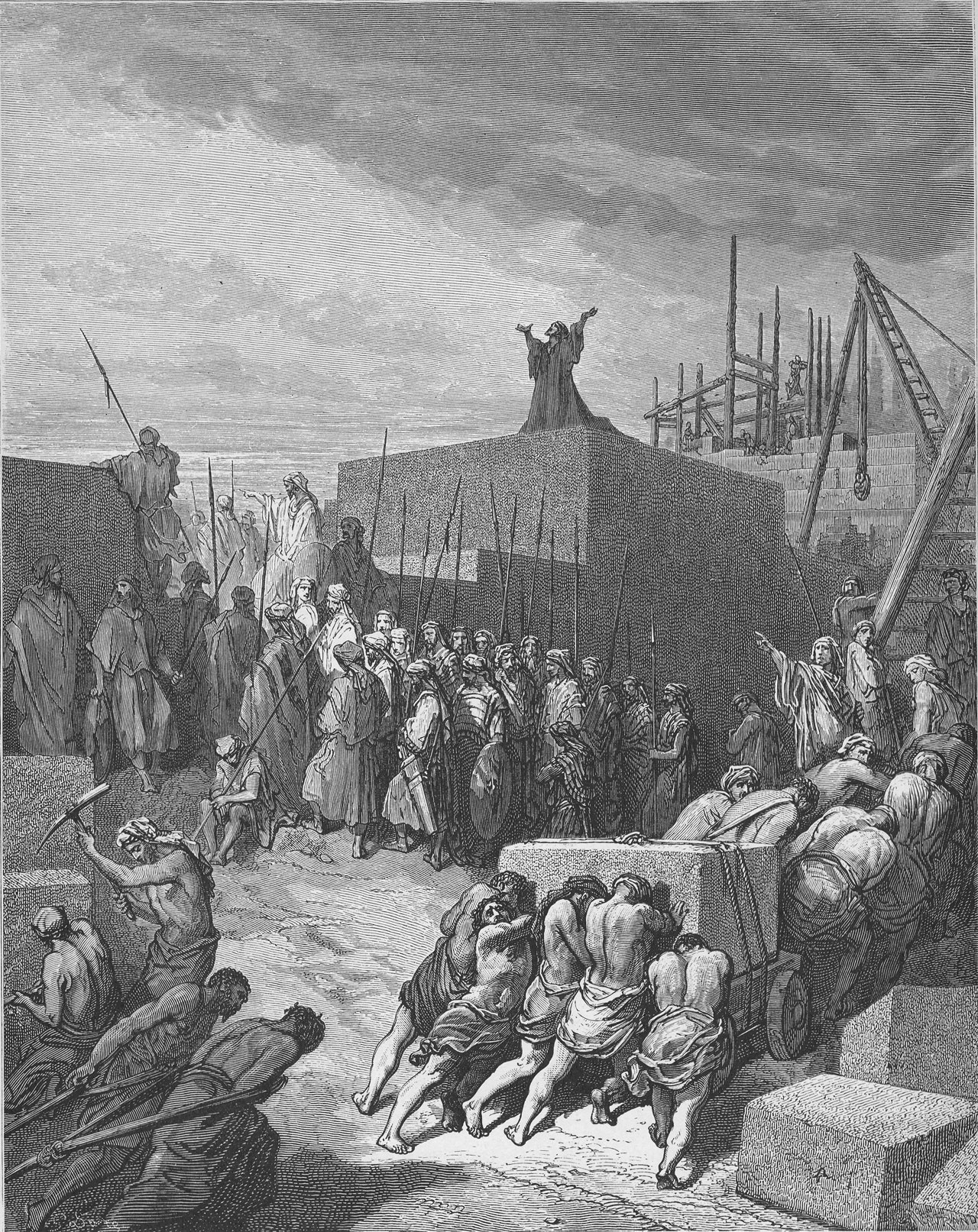 But from this destruction also came new life: The destruction of the first temple can be seen as the start of the modern Jewish tradition.  After all, alienated from their city and their temple, the Jews now lived in Babylon, ashamed that they had failed to strictly adhere to their religion.  Because of this guilt, it was in Babylon that the Israelites truly became practising Jews.

It was also a time when they began to define themselves by writing the first books of what would become the Bible.  So, when a new Babylonian ruler, Cyrus the Great, emerged some 50 years later and offered the Jews a chance to return to Jerusalem and build a new temple on the same spot, some hailed him as a messiah.

The offer was accepted.

His empire – the First Persian Empire or the Achaemenid Empire – was developing a successful model of centralised, bureaucratic administration via the use of satraps.  These satraps were the provincial governors of the Empire, serving as viceroy to the king, although with considerable autonomy.  To govern the province of Judah, Cyrus had appointed the grandson of the penultimate King of Judah, Jeconiah (or Jehoiachim), who had been dethroned by Nebuchadnezzar about 60 years earlier.  The governor’s name was Zerubbabel.

Zerubbabel, together with the High Priest Joshua (or Jeshua), led the first wave of Jewish returnees from exile around 538 BCE, erected and dedicated the altar of God on the exact spot where its predecessor had stood, and set about laying the foundations for the second temple.  However, not long after it began, the initial construction of the temple attracted attention from the native Samaritans, who wanted to help.

Zerubbabel and his elders preferred that they, the Jews, must rebuild the temple and so declined their offer of assistance.  This somewhat annoyed the Samaritans who instead did what they could to frustrate construction, leading to an 18-year suspension of the work.

Cyrus died in 528 BCE, and after some shady politics, King Darius I, or Darius the Great, succeeded Cyrus’s son Cambyses as the third King of Kings of Persia in 522 BCE.  Darius reappointed Zerubbabel as governor of Judah but was battling widespread revolts at the start of his reign.  Zerubbabel took advantage of the King’s preoccupation and resumed rebuilding the temple in 520 BCE, energised by the Prophecy of Haggai, who that year attributed messianic status on Zerubbabel and instructed him to press on with the work.

Little else is known about Haggai, other than he and Zechariah were the first post-exile prophets, and he might well have been one of Nebuchadnezzar’s original captives.

The temple was completed in March 515 BCE and dedicated the following year, more than 20 years after the return from captivity.  Shortly after, the first Passover was celebrated since the Israelites’ exile from Egypt.  Thus began a new era of strict Judaism and reconstruction.

The Second Temple included some of the golden vessels lost during the sacking and burning of Solomon’s First Temple, but lacked others – notably the Ark of the Covenant.  It also differed in construction in that the Holy of Holies was now separated by a curtain rather than a wall.

The Royal Arch recognises the Second Temple at Jerusalem as the Third or Grand Lodge; and Zerubbabel, Prince of the People, Haggai the Prophet and Joshua, son of Jozadak, the High Priest as its Three Principals.

So the Israelites had returned to Jerusalem, but their sovereignty was not to last.

Next month: Romans, Herod and the expansion of the Temple.